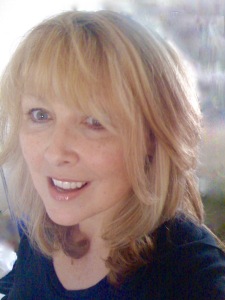 Soil to Stars : The Rhythm of Life

The Moon, in astrology, is a highly personal luminary. It reflects our feelings, moods and emotions. Those three attributes may sound redundant but the Moon knows, and can help you understand, the subtle differences in your interior world, how you express them, and why.

In your own chart, many other things can affect your mood beside the Moon, but on a day-to-day basis, if you have felt a certain pressure or pleasure for a day or two, the “sky story” influence may have come from the travels of the Moon.

For example, you may have noticed a shift during this weekend.  Around Thursday and Friday, the energetic was Moon in Aries, ruled by Mars. Those days had a sense of the energetic, fiery, action because there was an Aries Moon, and Aries is by Mars (competition, assertiveness).  At mid-Saturday, we had a velocity adjustment. The Moon went into Taurus. Taurus is ruled by Venus (urge for the sensual, for mating and relating), and wants any activity to be a communion of the useful and beautiful.  Put it in a framework of the senses, pleasure, material comforts, and a touch of creative physical vigor.

The Moon in Taurus says, “Honey, let’s make love, invest in a more comfortable couch, and have a hot lunch.”

In the early afternoon on Monday (the Moon day, so named by ancient Romans), we’ll move officially into the feeling of the work week. The mood shift comes courtesy of Moon in Gemini. Gemini is ruled by Mercury, and needs intellectual stimulation, facts, and things that move and change — even if only for short times or distances. It is not cold and unfeeling, it is just appreciates clarity and order to those things.

Moon in Gemini might say, “Honey, I’m in the mood for chess.”

Given the sybaritic atmosphere possible over the weekend, Monday afternoon may feel like a tough shift.  Did you go out to your car to listen to music and eat ice cream for lunch?  Or were you the person who felt inspired to sail in for a third cup of coffee and declare, “Everybody was phoning it in this morning. Let’s get focused.”

Be gentle with yourself and others today. You’ll know soon enough if your Moon better responds to earth or water energy, and wants to lounge in the scented bathtub of Saturday and Sunday, or if are more responsive to air or fire. Regardless, you can expect a surge of energy — even if only intellectual — to direct things as you close out Monday.